In the second half of August, we camped in Perkupa 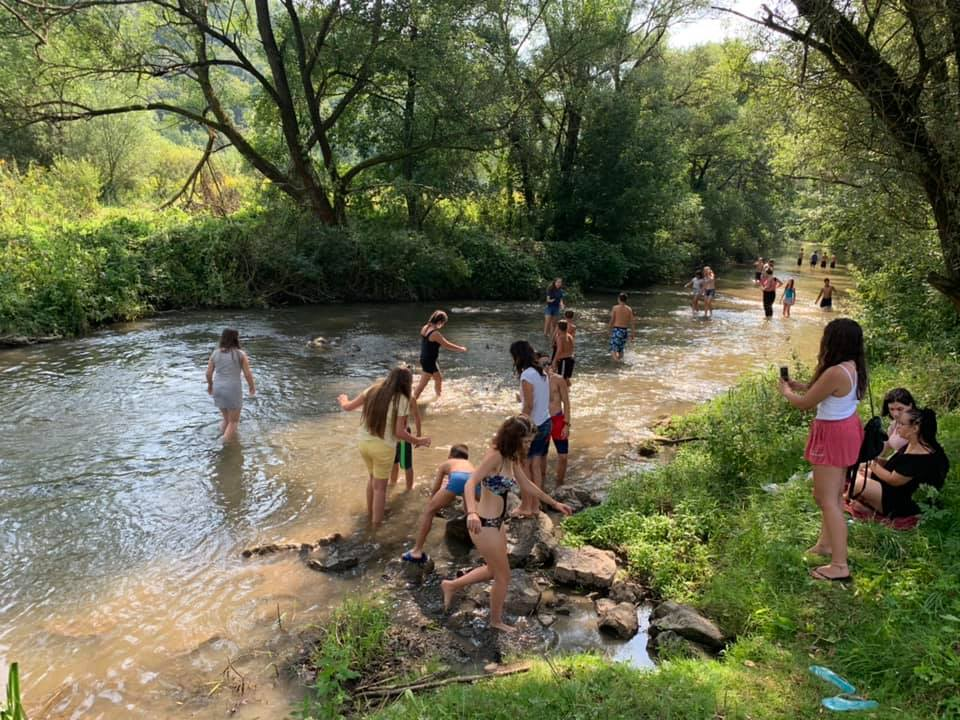 We spent a very exciting 5 days in the Őrhegy guesthouse in Perkupa between August 22 and August 27. A very colorful band gathered there, from the youngest primary schoolers to the people over 18. The theme of the camp was basically filmmaking. After arriving, the children formed groups and their task was to make short films of different styles until the end of the camp. Every night, they could play werk details from them.

Aside from this, there was also hiking, games and handcrafting. We visited the stalactite cave in Aggtelek, Bódvalenke, where we saw the murals on the houses and we even chilled out in the Bódva river.

For the end of the camp, we created two short films of different styles, whose premiers were highly successful. The children took the opportunity to take cameras to their own hands and to play parts in the films with exceptional joy.