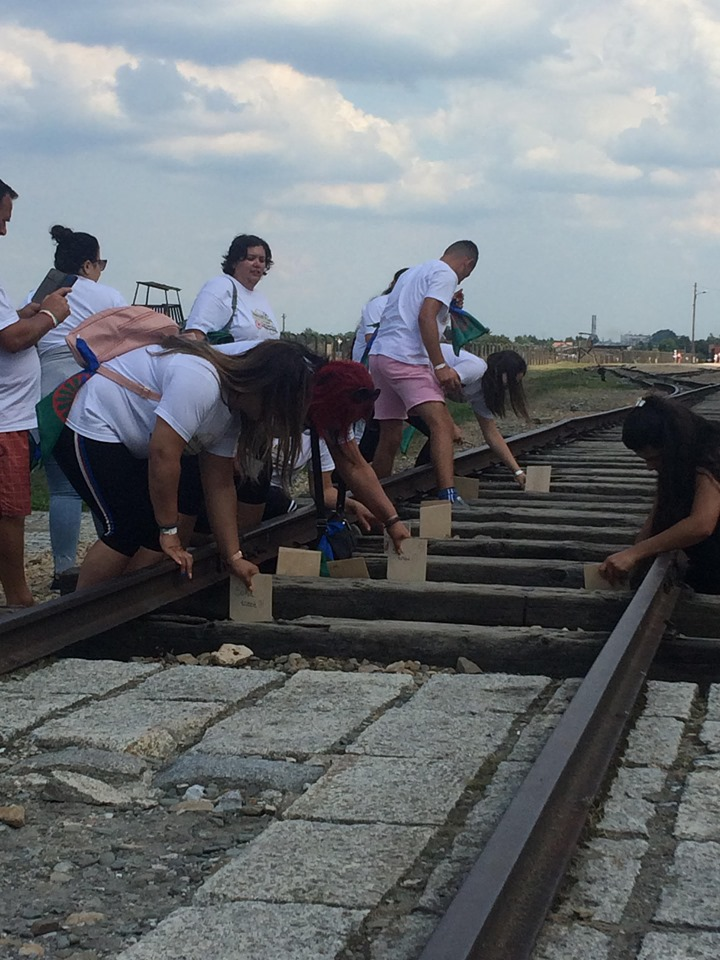 On August 2, we had the chance to visit Auschwitz and Birkenau with the Roma Élet Menete Alapítvány. Here we would like to thank Barbara Kissné Balázs and Kálmán Kiss for the organisation and the guidance.

We remembered the approximately 3000 Roma children, women and men who were terminated from August 2 to August 3 within the death camp in Auschwitz.

One of our pupils, Géza Macsinga shared these thoughts with us after the commemoration:

"Life. A word that meant nothing to the SS soldiers when thinking about Jews or Roma. They didn't have mercy for a second. They did everything they could to make life worse to them, moreover, to make them suffer. Their biggest goal was to kill them. If you didn't obey, you died instantly. If you did, you still died, just later. But until then, you suffered, you worked 12 hours day and night, hard, exhausting physical work. Winter and summer. Wether it was 40 °C or you froze to death. You had to carry your Jewish or Roma comrades to the gas chambers. Then you had to carry their corpses to the furnaces, burn them and pour their ashes into a lake. Whatever you did, they hated you. The SS soldiers laughed at your suffering. You had to sleep in a crowded barrack with hundreds of others. You barely had water. At most, some coffee-like liquid. If you got carrot soup, that was the biggest privilege. The hygenie was disastrous. In the morning you went to the toilet, you had 6 seconds to do what you do. If you didn't stand, they beat you to death. They told you you are going to shower. You took off what you were wearing, they cut your hair then they led you to the "bath". You waited for the water to come. Instead, they let in the Zyklon-B gas and you suffocated in 15 minutes. Before all of this, you travelled in a cattle wagon with 100 people. You didn't get any food or drink. You were starving. They told you that they are relocating you. Many of the elderly and the children died, you travelled with corpses. You arrived to Birkenau, they took your stuff, your luggage and numbered it, they told you you would get it back later. Meaning you never got it back. They separated you from your family, they took your children to the "Angel of Death". There he did "scientific" experiments with them. He gave injections to their hearts, he injected different substances into them. He started surgeries on them without any anaesthesia. If they cried, they were taken care of with a bullet. Then they dissected them. Why? Just to prove that Nazis are much superior. They wanted to eradicate all Jews, Roma or those who didn't agree with them from the face of Earth. They didn't have any empathy. Only brutality, Nazism, hatred and Hitler's words. The words of the person who imagined all of this. He was a genius but he was evil. The worst thing was how the slaves themselves maintained the camp. The people killed each other. Even if they didn't want it.

The commemoration has a very important message: we can't allow humanity do such thing again!